Deschamps Managed to Damage a Finger in the World Cup Finals 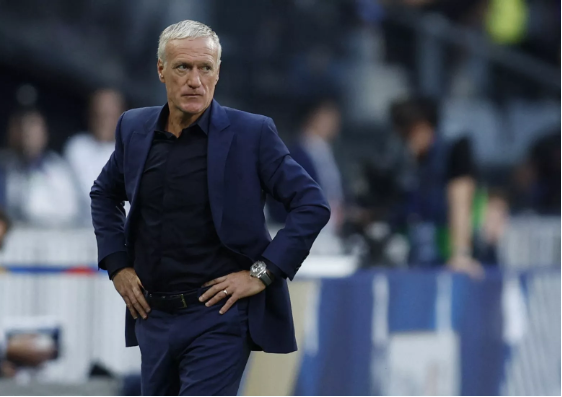 According to Deschamps, he managed to damage one of his fingers during the halftime of the World Cup final match in Qatar due to his anger.

It was during the declared halftime of the game in progress. This also happened to be the finals being played out at the FIFA World Cup 2022 in Qatar. According to Deschamps himself, while all of the team members were gathered around, there seemed to have been a moment of disappointment where the overall game being played by France was concerned, and in an upsetting turn of events, he managed to injure his finger.

For the uninitiated, Didier Claude Deschamps happens to be the manager of the national football team of France. He has been actively playing this role since 2012. Prior to this, he himself was a professional football player. Being more or less in charge of his team for so many years has earned him the distinction of knowing all the team members like the back of his hand.

Every aspect is familiar to him. He is also famous for his discerning eye. He has always been a person who has never shied away from facing and accepting the truth.

In this case, too, he was fully aware that the team was clearly not giving it their all while facing the toughest team in the World Cup, the formidable Argentinians. In his frank opinion, they also never looked like they were at their physical best, which was the least required factor, considering playing in the finals.

Understanding all of this, during halftime, raw emotions were flying around, and in one such delicate moment, he seemingly managed to injure his finger. However, despite everything, his faith in his team seems to remain intact.

Unlocking the Potential of AR & VR in Next-Generation Gaming

The Benefits of Wearing a Soft Shell Helmet for Flag Football

Get Undetected DayZ Cheat From Skycheats.Com And Become An Unbeatable Champion!